This incarnation of Lord Shiva took place when Mata Sati had sacrificed herself by jumping in a yajna performed by Daksha. When Lord Shiva came to know about this, he became so angry that he uprooted a hair from his head and slammed it on the stone. And then from those hairs, the great Veerbhadra appeared.

Lord Shiva ordered Virbhadra to destroy Daksha’s yajna and give him the death penalty. Virbhadra did the same. Following the orders of Shiva, Daksha’s Yagya was destroyed. And beheaded him and sentenced him to death.

Srilahad Muni was a celibate. Seeing the end of the lineage of Srilahad Muni, his ancestors prayed to him, that he should give birth to a son who could carry forward his lineage.

Srilahad started doing penance for Lord Shiva, wishing to have an immortal child. Pleased with his tenacity, Lord Shiva blessed him that my part will definitely take birth in your house.

After some time Srilahad was plowing his fields when he got a son born from the land while plowing the land there. Srilahad named him Nandi. Later Lord Shiva made Nandi as his head.

Bhairav ​​is said to be a complete incarnation of Lord Shiva. Once there was a conversation between Brahma ji and Lord Vishnu about who is better among them. Then a fire was lit there and in which a male figure appeared. Seeing the figure in that blazing fire, Brahma ji said that you are my son and you come under my shelter. Hearing this, Shiva became very angry.

The figure that was in that blazing fire was told that because of being adorned like Kaal, you yourself are Kaal Raj, being fierce you are Bhairav. On receiving this boon of Lord Shiva, Kaal Bhairav ​​was born.

And he cut off the fifth head of Brahma, which was a symbol of ego, with the fingernail of one of his fingers. Because of cutting off the head of Brahma, Bhairav ​​became contaminated with the sin of killing Brahma. Later in Kashi, Bhairav ​​got freedom from Brahmahatya. That is why the devotion of Bhairav ​​is said to be mandatory for the people living in Kashi.

According to the Mahabharata, Ashwatthama, the son of Dronacharya, the guru of the Pandavas, was an incarnation of Lord Shiva. Acharya Drona had done severe penance to get Lord Shankar in the form of a son. And Lord Shiva had given him a boon that he would definitely take birth in his house as his son.

Later, when the time came, a son was born in the house of Dronacharya, whose name was Ashwatthama, who was an incarnation of Lord Shiva. According to Shiv Mahapuran, Ashwatthama is still alive and is blessed with immortality.

Seeing all this, Lord Shiva became very angry. And wrapped the Lord in his tail, Narasimha flew into the sky. Seeing his anger, Lord Narasimha’s anger was pacified. Narasimha Avatar praised this incarnation of the Lord and apologized to him.

Maharishi Atri, the husband of Sati Anushayya, performed severe penance on the Rakshakul mountain along with the wife for the desire of a son, as per the orders of Brahma. Pleased with his tenacity, Brahma, Vishnu, Mahesh all three came to his ashram.

Lord Brahma, Vishnu, and Mahesh all three, while giving them a boon, said that from our share you will have three sons who will be famous in all the three worlds. The moon was born from the part of Brahma, Dattatreya from the part of Vishnu and the sage Durvasha took birth from the part of Lord Shiva.

According to Shiv Mahapuran, when Lord Shiva became enamored by seeing the Mohini form of Vishnu while distributing nectar to the gods and demons, he became Veerpadya. So all the sages together collected that Semen.

When the time came, the Semen of Lord Shiva entered his womb through the ear of Anjani, the wife of the monkey king Kesari. Due to this extremely brilliant and powerful hero, Hanuman ji was born.

Kirat Avatar was taken by Lord Shiva to test Arjuna. During the Mahabharata, when Arjuna went to the forest to do penance to please Lord Shiva, the Moon salt demon sent by Duryodhana disguised as a boar to kill Arjuna.

Arjuna, disguised as Kirat, fought with Shiva. The Lord was very pleased to see Arjuna’s valor and appeared in his true form and blessed Arjuna to win over the Kauravas.

Lord Shiva disguised as Sunatnartak to ask Parvati’s father Himachal for his daughter’s hand. With a damaru in his hand, Shiva reached Himachal’s house in the form of a dancer and started dancing there.

Shiva performed such a beautiful and enchanting dance that all the people present there were amazed. Then Himachal asked Nataraja to ask for a donation, then Nataraja Shiva asked for Himachal’s daughter Parvati in a donation. Himachal Raj became very angry about this.

After some time, Nataraja, in disguise, showed himself to Parvati and left from there himself. On his departure, Himachal realized that this dancer was none other than Lord Shiva. And he agreed to give Parvati to him. 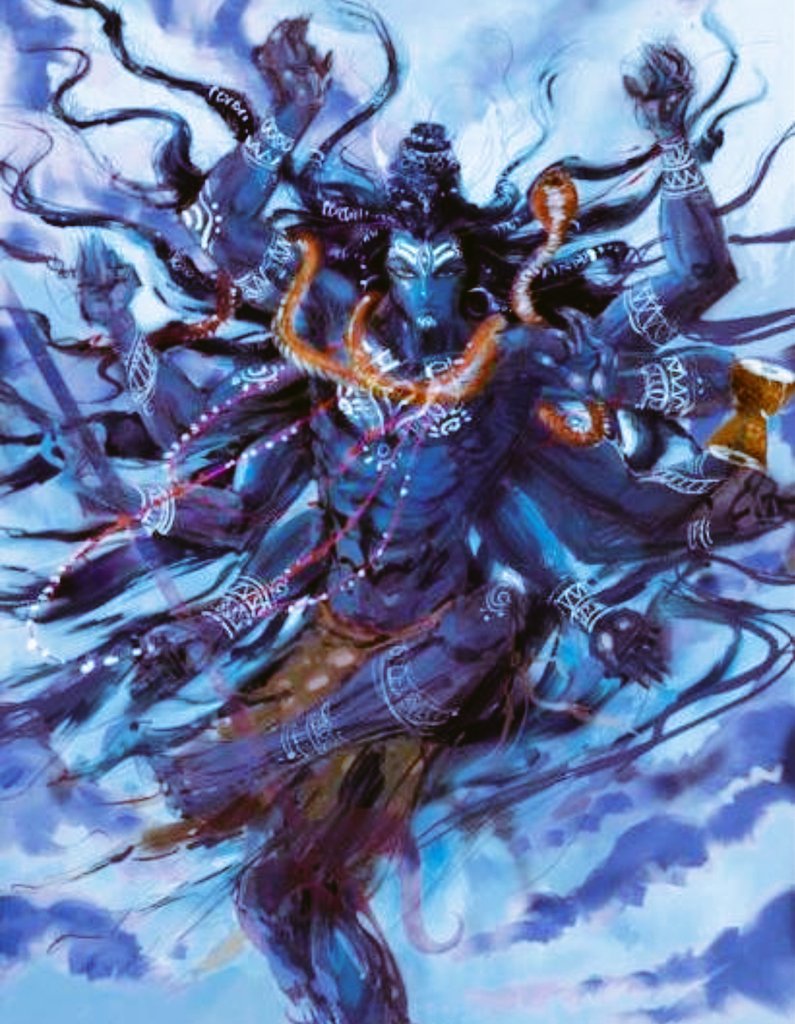 According to religious texts, all the gods became immortal after drinking the nectar that came out in the churning of the ocean by the gods and asuras, which made them proud that they are the most powerful.

To break this pride of the gods, Lord Shiva took the form of a Yaksha. He went to the gods and placed a straw there and asked all the gods to cut it.

The gods put all their might to cut that straw, but still, they could not cut the straw. Then there was an Oracle that this Yaksha is none other than Lord Shiva. So all the gods, praising Lord Shiva, sought forgiveness from Lord Shiva for their arrogance and crime.

Many things have been written in Hindu scriptures(शास्त्र), that are very important and useful. In these scriptures, only two people have been talked about. The first one is God and the other one is Demon. Read more…

There are many such religious cities in India, where many foreign tourists visit the most. If you look at Mathura, Ujjain or Banaras, here you will get to see a lot of tourists, coming from Read more…

Ujjain is an ancient city. It is the main and religious city of Madhya Pradesh, which is situated, on the banks of the Shipra River. It has been a very prosperous city. Its identity is Read more…